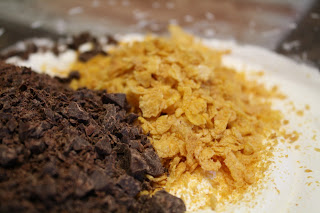 I realize that this is not a pumpkin post. I know it is Fall and by Fall Law, I have to make something with pumpkin in it, right? Or at least things with a Fall feeling to it. I promise (hopefully) that I will have something yummiliciously pumpkin filled in my next post, but today I want to talk about these meringues.

I have made meringues only once before, and that was around Christmas last year. They didn’t turn out the best. They tasted good, it’s just that I can’t seem to get that soft peak/stiff peak technique down. I realized after I had made the Snow White Cake last month, that I haven't been beating the egg whites long enough. Apparently, I only beat them until it is a stiff foam. So this time I made sure to beat the egg whites long enough, and by golly, it worked! 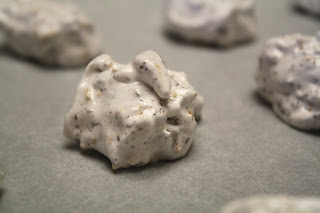 These meringues are a little different. They are studded with chopped dark chocolate and corn flakes, yes, I said corn flakes, and then dusted with cocoa powder. They were really easy to whip up and not to mention tasty. The chocolate really added a nice pop of flavor in the airy and delicate meringue. The corn flakes didn’t add much flavor, I’m not sure if it was supposed to or not, but either way, I think it took a backseat to the chocolate. However, the corn flakes did add some crunch to it, but it did tend to get stuck in my teeth just a little bit. They are perfect as a little snack, or as a light treat after dinner. 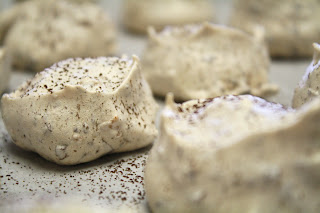 By the way, the reason I haven’t made anything with pumpkin yet is because this post is for My Baking Addiction’s and GoodLife Eat’s Holiday Recipe Swap. This week’s theme is sponsored by Scharffen Berger and we have to make something featuring chocolate. I knew I didn’t want to make anything like a brownie or a cake, and when I came across this recipe, I knew I would have to try and make it. 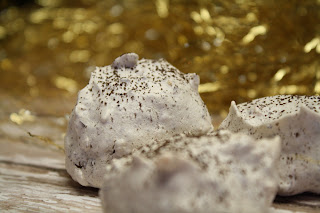 This week’s contest closes on the 10th, but don’t worry, there are plenty of other categories coming up. The category for next weeks Holiday Recipe Swap is Fall One Pot Meals sponsored by Le Creuset. So if you are interested, come and join the recipe exchange at My Baking Addiction and GoodLife Eats Holiday Recipe Swap.