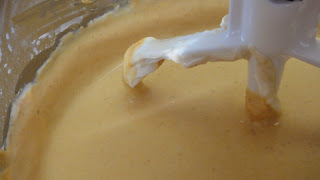 It’s the 20th again and that means the Cake Slice Bakers are posting November’s cake. You may (or may not) have noticed that I did not get a chance to post last month’s cake, time just got away from me. This month I promised myself I would make the cake chosen from our new book The Cake Book by Tish Boyle. All of the cakes in this book sound incredible and there are over 300 pages of recipes. It’s broken down into Angel Food, Chiffon, and Sponge Cakes; Pound and Coffee Cakes; Butter- and Oil-Based Cakes; Fruit-Based Cakes; Flourless Cakes; Cheesecakes; Mousse and Ice Cream Cakes; and Meringue Cakes. As you can see, this book touches on EVERYTHING! There’s even an entire section devoted to different frostings and toppings. 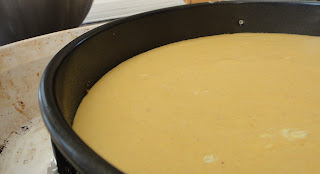 For November’s cake, the bakers decided on a cheesecake recipe. I know it’s not the conventional cake, but it just looked so good (there are not many pictures in this book, but the few that are shown are all beautiful). I have never made cheesecake prior to this, and I was a little nervous because I have heard horror stories of water leaking into the pan and cracked tops. To my surprise, I had absolutely no trouble baking this cheesecake (except for the two trips to the grocery store at 7 in the morning to get forgotten ingredients), and it turned out really well. 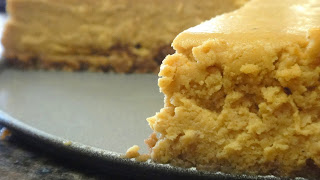 The filling was the creamiest things ever. I ended up eating my slice(s) kinda slow and I could never finish the cheesecake, it was kind of rich, but not overwhelmingly so. This cheesecake is also very forgiving I believe. I realized after I had put the better into the pan, I had not used enough cream cheese! So, I ended up only putting around maybe 530 grams of cream cheese instead of the full 567 grams. I also used 1/3 less fat cream cheese because that was the kind I had on hand and when I bought the second tub, I decided just to stick with the same cream cheese. But really, I don’t think this cheesecake could have gotten any better, well, except I did omit the sugared pumpkin seeds because I couldn’t find raw pumpkin, let alone any kind of pumpkin seeds. 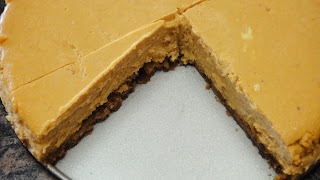 I’m really glad that the Cake Slice Bakers chose to do a cheesecake this month because it gave me a chance to do something I’ve never done before. Check out how the other members of CSB did this month here.