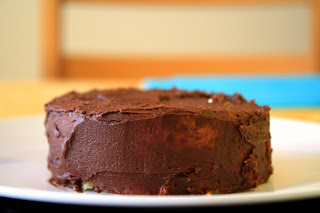 Last week I mentioned that I was turning 18 in a few days. Well I am now 18 and I am proud to say I have not done anything stupid like get a tattoo; however, one of my friends said he was going to take me to a strip club….

Annnyyways, what is a birthday without cake? A pretty sad one I would say. For the past two birthdays (first my sister’s and then my mom’s) I have been making the birthday cakes. I think it’s more special and fun that way; plus you get to control what’s going into the cake and what grocery store bakery would bake a brown sugar cake? Not many I am sure. Last year, and the year before that, and the year before that, and so on, I had a store-bought cake. Well not this year; this year I opted to make my own birthday cake. 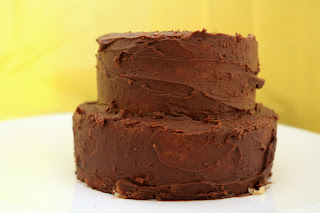 For Christmas my dad got me this really cool multi-tiered cake pan. It’s square, but it has four molds that create a three-tiered cake look. I knew I wanted to try it out at some point, and it took me all of two seconds to come to the decision that I would make my birthday cake in my new cake pan-toy. And, just so you know, it is awesome! If you properly grease the pan, the cakes come straight out and they look so adorable. The only thing I recommend is that you slice the tiers before frosting the cake because for one, it’s easier to frost, and two, you get to have a filling like a real tiered cake.

So this year I went with a vanilla cake with chocolate frosting-a.k.a a classic. I like the contrast of white and chocolate together. I originally only made two tiered cakes, but after my family and I ate both, I decided to make the cake again on Sunday (we celebrated on Saturday because I had to work on my actual birthday-the 6th) because I didn’t get a chance to take pictures of the original cakes. The one I made on Sunday didn’t turn out nearly as pretty as the first two, but that’s ok, it still tastes great! 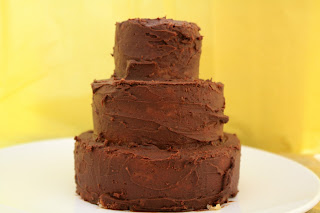 The cake itself is so fluffy and soft. And I think I may have mentioned before, that I am not a frosting person, I think that buttercream frostings are way too sweet (maybe I should give Swiss Meringue Buttercream a try?), but this chocolate frosting wasn’t too sweet; it was actually very tasty and soft. Then again, I did take out almost half a cup of powdered sugar out of the mix.

The recipe I have down below is enough to fill two of the multi-tiered cake molds or one 8 inch round cake pan. If you follow the link, it will give you the full recipe for a normal three-layer cake. The frosting recipe on the other hand is enough to frost a two-layer 9 inch cake or all four mini multi-tiered cakes. 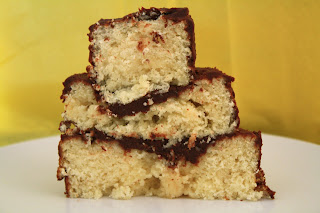 **I know the pictures aren't too pretty, but that's what happens when the first "pretty" batch gets eaten and you remake the recipe in haste.

Lady Baltimore Cake
Adapted from Sing for Your Supper