Today was a lazy day. My mom and I had done so much the day before that we just decided to walk around a see the British museum. 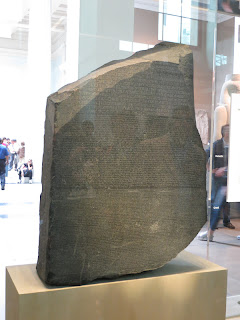 The museum was pretty cool. There were lots of sculptures and paintings. Oh, and the mummy exhibit. That was kinda freaky, yet really cool at the same time. I love learning about ancient Egypt and looking at all the old artifacts. There was a skeleton that had been buried under sand and he had been so well preserved that some of his hair stayed intact! I was looking at the mummy and hadn’t even noticed it until a little girl asked her mom why the skeleton had hair on it. One of the coolest parts was seeing the Rosetta Stone. It’s this ancient tablet with hieroglyphics carved into it. This tablet was able to help Champollion unlock the messages written in hieroglyphics. 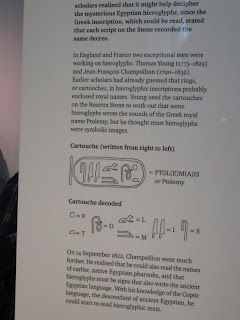 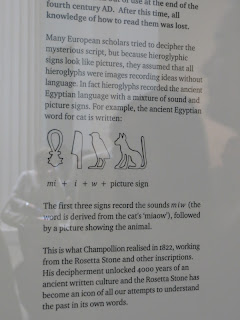 Other than the Ancient Egyptian stuff, my favorite part was this little showcasing of horses and their ancient relatives. I couldn’t find any pictures of the horse exhibit, so I assume that I wasn’t allowed to take pictures in that area, which is a shame because there was some really cool information I would have liked to re-visit. But anyways, the entire exhibit was about purebred horses and race horses and how every race horse can be traced genetically back to just three (yes THREE!) Thoroughbreds. 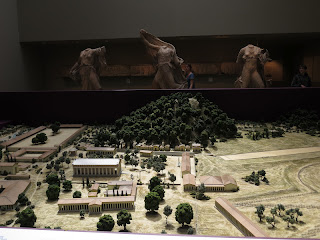 Mini diorama of Olympia 100 BC 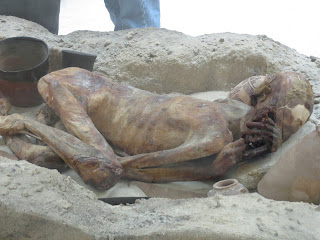 "Typical Egyptian grave containing the naturally-preserved body of a man with a collection of grave-goods. Late Predynastic, about 3400 BC" 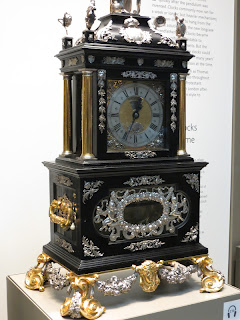 After dinner is when things got really interesting. Before we left, my mom asked if I’d like to see a play in London. I love seeing plays. People that preform onstage have such amazing acting and vocal talents. I’m just always in awe! (I attended about 85% of all the plays my high school put on) My mom gave me several choices and I ended up choosing Phantom of the Opera. I know it’s one of those plays that everyone needs to see at least once in their life, so this week was going to be the week. 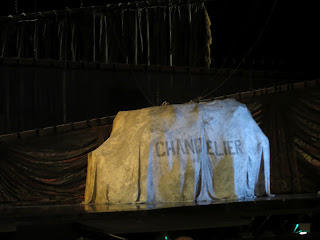 The stage before the play began

Phantom was preformed really well and the story line is fantastic, but I’m not so sure about the high notes that went on in the opera singing. I guess I’m just not an opera person. But the play was indeed spectacular. I have to admit that jet-lag started to take over and I feel asleep for two minutes in the first five minutes, but I quickly woke up once I saw the chandelier come to life. I stayed awake for the rest of the play, except for the last two/three minutes, which I know is supposed to be fantastic because the phantom is supposed to disappear in the last few minutes; evil jet-let.

When I got to the hotel room, I basically had enough energy to change into PJs and brush my teeth. After that, I believe I just collapsed on the bed.
Posted by Unknown at 2:59 PM