So a few weeks ago I told you that I was going on a trip to England and France as a graduation present from my parents. I had talked a lot about traveling to Europe over the summer before I started college and after a lot of deliberation, my dad proposed England and France, since I couldn’t make up my mind about where I wanted to go and for how long. 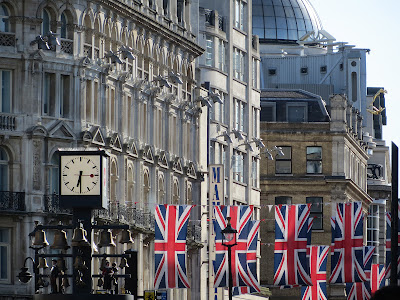 Row upon row of British flags outside

The trip kind of got off to a rough start. You may have heard about the Colorado wildfires, but the day my mom and I were supposed to leave, the DIA area got a lot of rain and lightning and every time lightning struck, another 15 minutes were added to the delay of our first flight. So instead of leaving at 3:45 pm, the plane took off at 5:20 pm. We had only one hour layover in Dulles so my mom didn’t have much hopes of us catching our connection to London. I however, just prayed that the other flight would be delayed.

So, we finally get to Dulles and my mom and I run off the plane and see that the plane to London has been delayed to 11 pm. So we take off running (I learned that I have really gotten out of shape by doing this) towards the waaaaaay other side of the airport. When we get there, we’re huffing and puffing and people are looking at us all weirdly. Turns out the plane has been further delayed until 2:35 am! 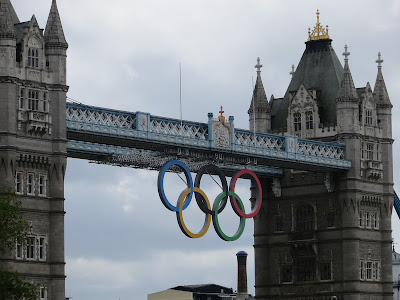 We finally board the plane about a quarter to 2 and I’m just so exhausted I fall asleep three minutes into the flight and stayed asleep throughout the entire 6 hour and 30 minute flight. When we finally get to London, it’s 4 in the afternoon on the 28th.

By this time, my mom and I were just too tired to do much, so we took the Underground (England’s version of a subway), which was actually kind of scary and really, really cramped (Londoners really like packing themselves in trains, even when it’s clear there is no room what so ever) and checked into our hotel. However, we weren’t too exhausted to not walked around and see what there was to see for a little bit before dinner. We walked down the streets and got a little bite to eat at a pub around the corner, and then we visited a little bookstore that sold books (new and used) for half price. It was amazing! I even got two books, one of which is Weird Things Customers Say in Bookshops by Jen Campbell. It took me about 45 minutes to finish and I giggled, snickers, and rolled my eyes at the stupidity of some people. It’s really a funny book.

Anyways, by the time my mom and I were exploring the neighborhood, I was way too exhausted to do much else and I was in bed and asleep by 9 pm. 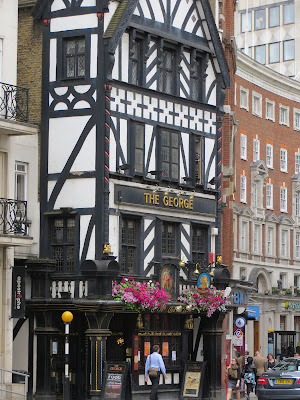 The George - an old style pub (we never went in, but I thought it was cool)
Posted by Unknown at 2:47 PM