I am really excited. This past month I joined the Cake Slice Bakers!! Whoo which means cake every month! (can’t complain about that now can you?) Well the cake book we will be baking from is called Cake Keeper Cakes by Lauren Chattman and this is the first cake I have baked from it and it all cakes turn out as good as this one did, it’s going to be a good year :)

Now this is the first recipe I’ve ever made with pumpkin and I’m really proud of my self that it turned out soo good. The cake is really moist and it still tastes very good the second or third day. For the bath that I kept for home I made into cupcakes because I wanted to use my Halloween cupcake liners and the second batch, which I gave to my ex-piano teacher was in the traditional loaf shape. And after baking for 3ish hours the house smelled soooo good. I did make a few changes though. I wasn’t able to used ground cloves because by the time I got home from grocery shopping I realized we didn’t have ground cloved and I was too lazy to make the trip to the grocery store so I omitted that and also it called for walnuts and I would have loved to put them in, but I knew my sister would never even try it if it had even the tiniest hint to nuts in it, so I reluctantly took that out of the recipe as well.

I was a little hesitent to make these into cupcakes because i had no clue what the timing would be, but they turned out just fine :)﻿ 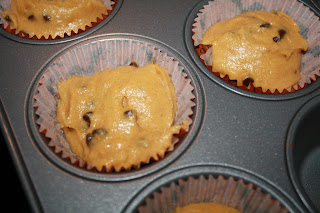 Baked to perfection. They were springy and moist, just like the book said it should be. 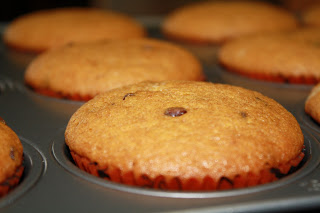 mmmmm. This recipe is deffinately a keeper. 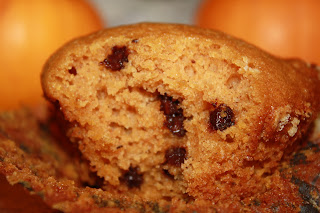