Yesterday I decided I wanted to make cookies, but I had no idea what kind. This morning I was flipping through my Martha Stewart's Cookies cook book and I realized I wanted to make soft and chewy cookies, so I perused that section of the cookie book and I came up with 3 different cookies I wanted to bake. I asked my sister which one she would actually eat and she picked these: coconut macaroons. I’ve never had a coconut macaroon and I’m still not sure if I even like coconut all that much, but these cookies weren’t that bad and they took 5 minutes (10 tops) to make and they were über simple! I think next time I'll try it with an almond extract or maybe with some chocolate. 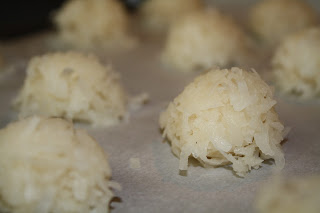 They probably could have been baked just a minute longer to get a crispier
exterior, but they were good nonetheless. 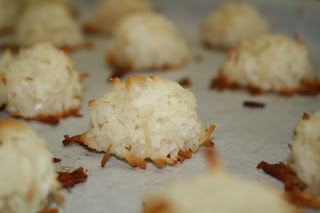 You know what’s really delicious? S’mores, that’s what’s really delicious. I love roasting the marshmallows over a flame and then making it all crisp….mmmm That (and the fact that school is out) is the only reason I miss summer. Well with this month’s Cake Slice Bakers cake choice I got to relive summer, kinda.January’s cake for Cake Slice Bakers was the Graham Cracker Chocolate Chip Snacking Cake found on page 22 in Cake Keeper Cakes. I was really excited to make this cake because I ended up missing December’s cake, which looked really good and everyone else said they loved it. Well this cake was just ok, not great. But, I didn't like it enough to try for a second peice and my dad (who likes everything I make, so he says) didn't like it much either. When I was making the batter I was super excited because it smelled sooooo good and when it was in the oven it looked soooo delicious. I think what killed this cake was the frosting. I was expecting a more marshmallowy type frosting, but instead it tasted just like butter. The amount of sugar could have be raised maybe a tablespoon or two but the butter definitely needed to be cut down some, like maybe 6 tablespoons instead of a whole stick and increase the marshmallow fluff by maybe 1/4 of a cup. 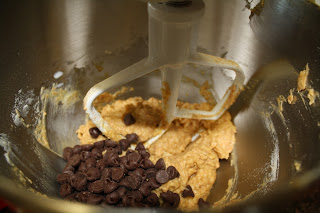 Also I made a mistake. Once the cake cooled I spread the frosting on top and cut myself a slice to taste. Well I’m one of those people that like cake to be a little warm when I eat it and I nuked my slice in the microwave for about 8 seconds and t wasn’t warm. So I put it in again for another 8 seconds and when it came out the frosting was gone! Well it wasn’t gone I just couldn’t see into the microwave that far. When I look my plate out the frosting has pooled into the bottom of the plate. When I tasted it, it tasted like straight butter and I had to trash that piece cause I couldn’t get past the butter taste. When I cut myself a new piece I tasted the cake with the frosting and I’m like this is really gross and then I tried scraping off the frosting and it was waaaaay better. 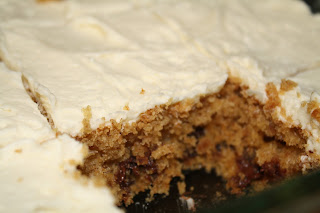 First slice is never all that pretty. 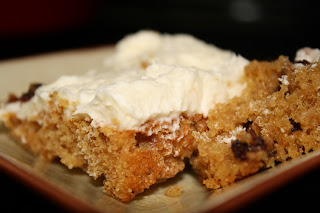 I´m not just a Cinnamon enthusiast, I´m also a Psychic

Just kidding about the Psychic part...but today while I was driving I randomly got the song F*** You by Cee Lo Green (by the way Gwyneth Platrow did a better job on Glee) in my head. And when I got home I started humming it and my sister was like, “I was singing that in my head while you were driving”. So, I guess we had some sister telepathy going on. Cool, eh? 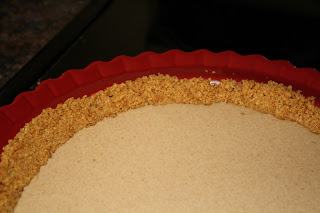 Well let’s get onto the subject of pie. But before I do, did anyone recodnize the quote I used for the title? No? Yes? Well it’s from Psych, a.k.a. the best TV show EVER! I’m totally in love with James Roday (Shawn Spencer). Well in the episode Dual Spires, Shawn and Gus go to a cinnamon festival and basically everything in the town has cinnamon in it and Shawn and Gus try a cinnamon pie and the way they went on and on about it I knew I had to make it too, but I just didn’t have time. However, the idea for a cinnamon pie has been in my head since that episode aired and I could get it out. Well today I finally did it! I made a cinnamon pie! Granted it’s not the prettiest thing in the world and this is only my second pie and I think, even though it is unfortunate looking, it is one dang good tasting pie! I don’t want to say it was fudgey because it isn’t chocolate, but that’s the consistency it had and mmm I had to stop myself from eating more of it by eating ice cream instead haha. But it is now my goal to perfect this pie because I think it could turn out to be something great. Maybe that could be my new years resolution.


The crust was a tad bit burnt on the top, but that didn't harm
the taste factor of this pie. 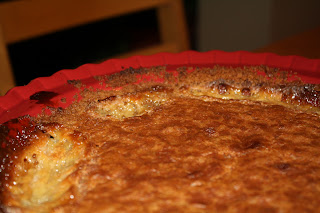 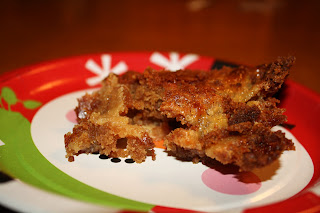