...and in the morning, I'm making waffles!

So yesterday my mom told me that she's having her friend over for Labor Day for a brunch because she couldn't find a restaurant that would be open and have a brunch for today (go figure...). Well she asked me to make waffles because i do love making things and it would help her out, so i yes YES!

I usually make waffles and pancakes out of a box mix but lately I've been frustrated with the box mix because the little closey/open tab thing annoys me so i decided to make the waffles from scratch. I remembered that Alton Brown had an episode about making waffles and i wanted to try it out. So, I went to foodnetwork.com and got the Basic Waffle Recipe (only after reading the reviews to see if i should change anything or not even make them).

They were really fun to make and my mom, dad, sister, and mom's co-worker seem to really like them. I haven't eaten them yet because it was too late for breakfast for me, but I might have them for dessert later tonight....if there's any left that is. 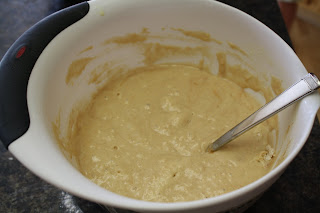 I had to hurry with this one because i didn't want it to cook on one side more than the other. 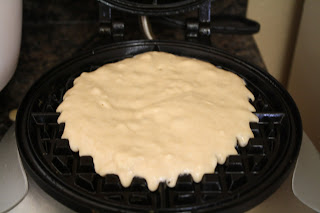 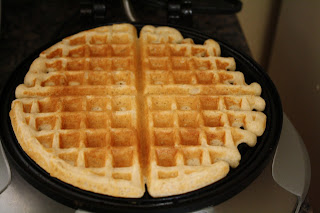 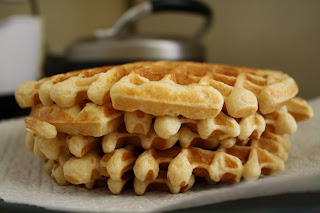