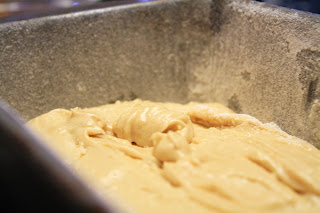 Ok, so I lied last month; the Hungarian Coffee Cake was not the last cake the Cake Slice Bakers was going to bake out of Cake Keeper Cakes. Katie from Apple and Spice decided to surprise us by letting us choose the real final cake to make from this book.

Based off of what I’ve read, many bloggers chose the Nutella Swirl Pound cake. I have to admit, the thought of making that pound cake crossed my mind a few times, but that is not the cake I chose to bake this month. The cake I decided to make is also a pound cake, but it is a brown sugar pound cake. 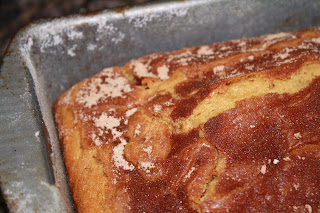 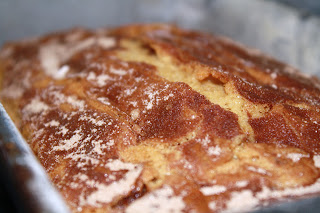 I only had the pleasure of eating the cake cold because I forgot to warm it up in the microwave, even though I told myself I would do that. Funny how quickly I forget things, even if I was just thinking of it just moments before. Even though the cake was cold, it was fabulous. My dad had a slice when it was still warm and he said that a little scoop of vanilla ice cream would be the perfect accompaniment, and I do imagine he is right. 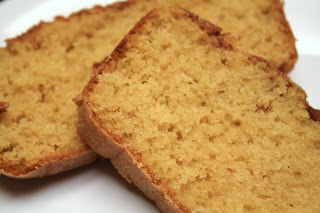 By the way, there are a few openings available if you want to join in on the monthly cake baking of the Cake Slice Bakers. If you are interested in joining the Cake Slice Bakers, please email Katie at appleandspice[AT]hotmail[DOT]co[DOT]uk. Don’t forget to mention your: name, blog name, blog URL, and the email you use in order to access your blog. Remember, since there is a limited amount of space, it is first come first serve to join.

Check back next month to see what cake we are baking from our new cookbook we will be using for the next twelve months.